What are the differences between Arabic languages?

The many varieties of the Arabic language and what to consider when choosing which one to learn.

It must be frustrating for those who have learnt a new language to realise there are multiple varieties of that language, some of which are only barely mutually intelligible. It’s like being given a master key that only works perfectly in one lock. French-Canadian, for example, retains characteristics from 17th century French that you would be unlikely to hear on the streets of modern-day Paris. (Imagine an English-speaking person sounding like they were a character from a Shakespeare play!) Similarly, someone who has studied Standard Spanish might be dismayed to go to South America only to find that Rioplatense Spanish (spoken in Argentina and Uruguay) features many unfamiliar colloquialisms, as well as the different pronunciation of many words. But when it comes to a single language that varies widely from region to region, Arabic is in a league of its own. 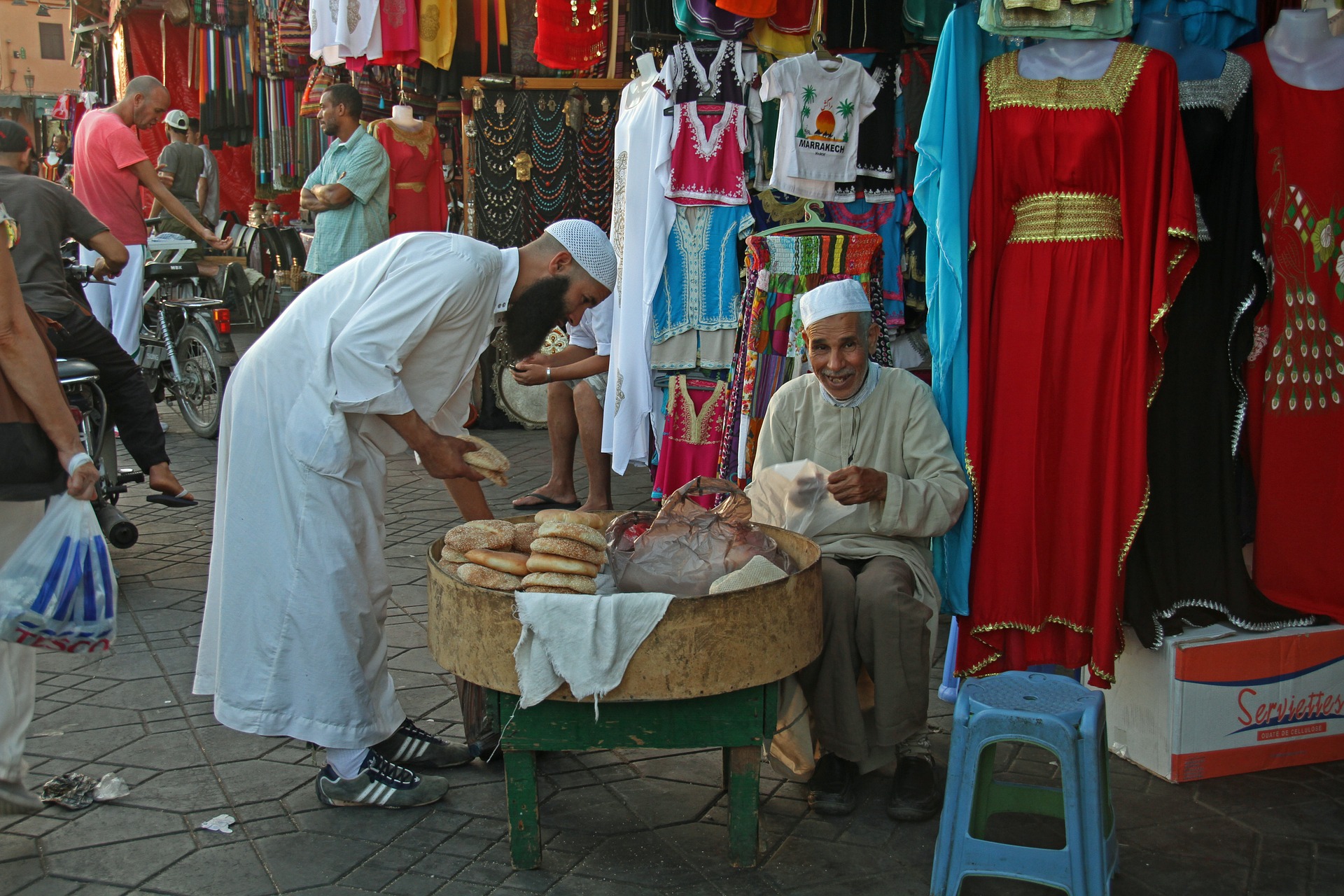 With 30 modern varieties, including its standard form, Arabic is used by 422 million people globally and is the world’s fifth most spoken language. It’s a first language in nineteen countries, from Morocco on the north-western tip of Africa to Oman on the west coast of the Arabian Peninsula. And yet the differences between the Arabic spoken in Morocco and that spoken in Saudi Arabia, for example, are so significant that two citizens from these countries would likely converse in an extremely simplified version of the language in order to be understood. If they both happened to speak English competently, they might even prefer to use that. So how has Arabic become so diversified that two native speakers of the language from different parts of the Arab world struggle to communicate with each other?

Tribal origins of the Arabic language

Arabic originated in what is now Saudi Arabia and The Levant region (which includes Lebanon and Jordan) more than two thousand years ago. It was first spoken by nomadic tribes who roamed the north-western frontier of the Arabian Peninsula. Indeed the word Arab means nomad and the ancestral home of all Arabs is what is now known as Yemen. It’s a member of the Semitic family of languages, many of which, such as Phoenician and Akkadi, are now extinct due to the spread of Arabic. Among those still spoken are Aramaic, Hebrew and Amharic, the main language of Ethiopia. Arabic spread via the various tribes who travelled out of the Arabian Peninsula and into new territories where they intermarried with native people groups. The Islamic Conquests that took place in the 7 th century C.E. hastened its expansion and it eventually reached Northern Africa, the Iberian Peninsula, and even the eastern fringes of China.  On its long journey it absorbed words from the many languages it would eventually replace, resulting in a classic example of what is known as a ‘dialect continuum’. Put simply, this is where a language differs by degrees as it spreads across a geographical area. The result is that neighbouring varieties of a language differ slightly, while differences over great distances can be vast, rendering them unintelligible to each other. Perhaps the largest gulf, if you’ll excuse the pun, between versions of Arabic is the Maghrebi dialects (those spoken from Morocco to Libya) and those of the Arabian Peninsula.

Today, Modern Standard Arabic (MSA - also known as Classical Arabic) is the standardised variety of the language and is used in most formal speech throughout the Arab world to ease communication. It’s what students of Arabic as a foreign language tend to learn before moving on to a more specific dialect. Here we take a look at the five major varieties of Arabic. North African Arabic – Spoken in North Africa, from Morocco to Libya, North African Arabic is also known as Maghrebi Arabic and frequently borrows words from Spanish, French and Italian. Some of these words have remained the same while others have changed to varying degrees. Speakers of Maghrebi Arabic call their language Derija and it is the least similar to MSA. Hassaniya Arabic, spoken in Mauritania and the western Sahara, is regarded as a version of Maghrebi Arabic. Egyptian Arabic – Egyptian Arabic is widely understood due to the country’s cinematic influence and strong media presence. But Egyptians don't necessarily understand other dialects easily, except perhaps Levantine Arabic, and Libyan, or Tunisian, which is mutually intelligible due to proximity. Levantine Arabic– Spoken in the Levant region - comprising Lebanon, Syria, Jordan and Palestine - this is also a widely intelligible variation of the language. The Lebanese diaspora of up to 14 million people (far more than the country’s internal population of 6 million), partly due to the civil war between 1975 and 1990, has also contributed to the familiarity of Levantine Arabic. Iraqi Arabic or Mesopotamian Arabic - Aramaic was the lingua franca in Mesopotamia (an ancient region of western Asia, which Iraq is now a part of) and Iraqi Arabic bears traces of this language even today. Mesopotamian Arabic has two major varieties: Gelet Mesopotamian Arabic and Qeltu Mesopotamian Arabic. The former is also spoken in Iran, while both are spoken in other parts of the Arabian Peninsula. Gulf Arabic – Arabic speakers in the Arabian Peninsula countries of Saudi Arabia, Kuwait, Bahrain, Qatar, the UAE and Oman have little problem understanding each other. But there are some dialectical differences and regional anomalies. Dhofari Arabic is spoken in southern Oman and Yemen and has greater variation.

So which type of Arabic should you study?

Obviously the Arabic you wish to study should depend on where you intend to speak it. It would be folly, for example, to learn North African Arabic if you only intend to visit Iraq. As mentioned, a firm grasp of Modern Standard Arabic should equip you for basic conversation across the region. But when progressing to a more specific dialect, it would be hard to overlook Egyptian or Levantine Arabic due to its mutual intelligibility with other versions.

We all speak (a little) Arabic

Arabic has had a significant influence on other languages over the centuries. Among the languages to have borrowed words from Arabic are Turkish, Spanish and Portuguese, the latter two owing to eight centuries of contact in the Iberian Peninsula under Muslim rule. English too has many words borrowed from Arabic - typically words starting with "al”, such as alcohol. Here are five: Alchemy – From the Arabic word al-kimiya, which was used for both chemistry and alchemy. Syrup - The word entered English at the end of the 14 th century from the Old French sirop or medieval Latin siropus, but these words in turn likely came from the Arabic sharāb, meaning wine. Saffron – From the Arabic word za‛farān. Alcohol – From the Arabic word al-kuḥl, meaning kohl, the black powder used for eyeliner. Since the powder was made by grinding various minerals, the word ‘alcohol’ entered the English language as a way to describe any fine powder or distilled essence. Coffee – Coffee in Arabic is 'qawah'. The bean was first brewed as a drink in either Yemen or nearby Ethiopia. Hardly surprising then that it has Middle Eastern roots. Why use our Arabic translation service? Wolfestone has a strict and rigorous selection process which allows only the best Arabic translators to pass through and become Wolfestone linguists. Contact us if you want to find out more about our Arabic translation services or any other language.