In past decade, the film industry has undergone a somewhat dramatic change. Cinema, globally, has found itself having to contend with a change in the way the casual movie fan is spending their time and money on going to movie theatres to see feature films.

That isn’t to say the end of the silver screen is nigh, quite the opposite, in fact. The production line of new and exciting feature films seems never-ending. Even this year we are awaiting films that have the potential to be modern classics: DC’s Aquaman, Marvel’s Venom and a new iteration of Mary Poppins are being met with huge anticipation. But over the past couple of years, it appears the movie industry is in gradual decline; both in terms of its performance at the box office, and the subsequent effect the box office performance has on creativity and experimentation. So, what exactly is the issue? And what is being done to fix it?

So many screens, so little time

Part of the reason for this decline is the sheer cost going to the cinema has on the fans. The cost of tickets at the cinema has absolutely skyrocketed compared to where they were at the turn of the century. When you factor in refreshments and travel, a night at the cinema can become a costly activity - especially for families. But more so than that, people’s viewing habits are completely different in 2018 than they were even 10 years ago. Hugely popular online streaming services like Netflix or Amazon Prime make access to the biggest movie titles or binge-worthy box-sets so easy and convenient across a range of devices that our appetite for new and creative productions is more than satisfied enough. Each week, new and exciting original movies and series are released by Netflix/Amazon, and this has created a real problem for box office movies.

With a plethora of movies available on demand, less people are attending the cinema, and when they do go to the cinema, they are more likely to attend an ‘event movie’ – a big budget blockbuster movie with wide-reaching appeal. They have eye-watering budgets, recruit the most famous actors and follow a similar, recognisable pattern. It's likely that people will only attend event movies at the cinema once in a blue moon, and this impacts the box office massive. To combat this, major movie organisations, the likes of Disney et al, are doubling down on sequels and reboots to draw in the fans. Marvel and DC Comics have demonstrated this perfectly in recent years, merging characters from the comic book universe together to create film extravaganzas like The Avengers or Suicide Squad. Newer titles, though, are moving toward a newer strategy to ensure box office success. One that takes into consideration not just the domestic box office, but the more lucrative global market.

Nowadays, some original movie titles with big budgets are adopting a localisation strategy at the heart of the film’s production. This involves writing and producing the movie with a nod toward a particular demographic or market; getting a targeted group of fans engaged and emotionally invested in the movie. And one market that movie execs have their eyes on in particular is Asia. Specifically, China. China is home to the second largest movie market in the world, narrowly trailing the United States. In recent years, the Chinese market has developed a serious appetite for American-made films, and this has been shown in the enormous success of the Fast & Furious and Transformers franchises. The potential of the Chinese market has made movie creators sit up and take notice of the potential rewards that lie in wait if they can execute the perfect localisation strategy. A recent example of a movie that adopted this mindset and got its localisation strategy absolutely right is this summer's action thriller, Skyscraper. 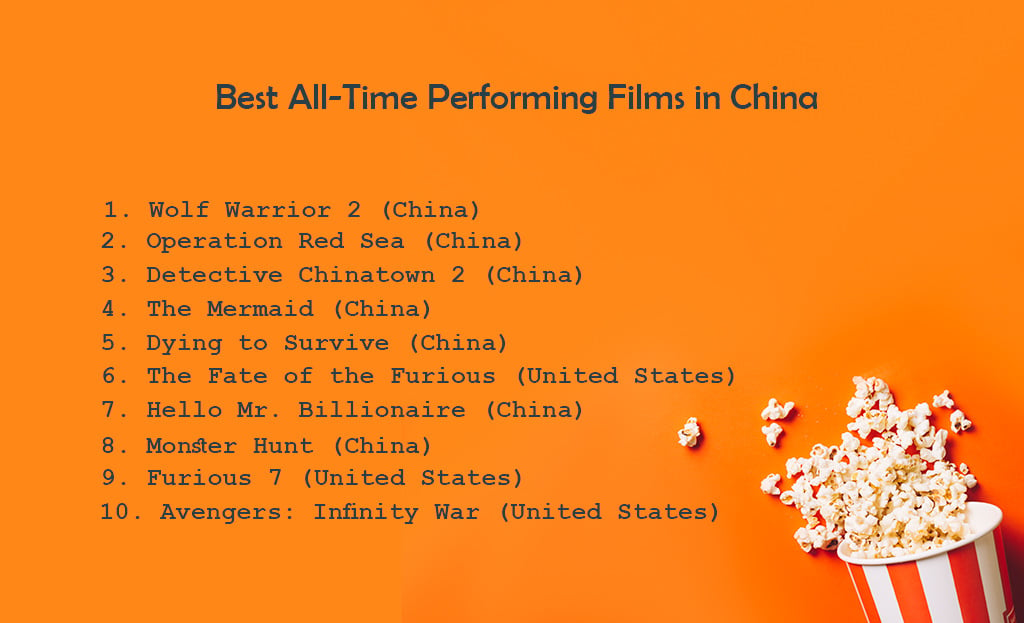 Starring the universally popular Dwayne “The Rock” Johnson, Skyscraper is the story of a family who relocate to Hong Kong to live in the world’s tallest skyscraper structure, named The Pearl. Of course, disaster ensues, involving unsavoury bad guys and a series of horrific events that inspires Rock’s character, Will Sawyer, to save the day in truly heroic fashion. While the plot may not be the most sophisticated, the thought and effort that’s gone into the film’s localisation strategy is. The film has a series of layers that were hoped would be a hit with the Chinese market. The strategy involved carefully considering three critical elements of the film: cast, language and location.

Cast – When recruiting for the film, it was important to cast a lead actor that would be a guaranteed hit with a global audience, and there’s no hotter prospect in Hollywood right now than Dwayne Johnson. He has made significant progress in winning over the Asian market with his performances in the Fast series, Jumanji and Rampage – a film which saw Johnson hold a highly successful press tour in China’s biggest city, Shanghai. Alongside Johnson is Ng Chin Han of Marco Polo and Masters of the Sea fame, and the Hong Kong-born actor Byron Mann. Mann’s bilingual role as Inspector Wu has helped heighten the film’s Chinese authenticity.

Language – Critical sections of the movie’s dialogue are spoken in Cantonese: the native dialect of the film’s Hong Kong location. To ensure the dialogue's accuracy, Byron Mann took control of the script’s Cantonese translation. In an interview with the Hollywood reporter, Skyscraper’s director, Rawson Marshall Thurber said: “He went through all the dialogue, all the English dialogue I had written, and Byron did his own translation of it into Cantonese. But not just Cantonese, it’s specifically Hong Kong police Cantonese, which is a little bit different than regular Cantonese because there are some English phrases thrown into it”.

Location – The film’s centrepiece is, of course, the skyscraper. Named ‘The Pearl’, this megatower is based in Hong Kong – a beautiful part of the world and home to some of the most impressive structures in building design. Designer of the fictional building, Jim Bissell based the design on the ancient Chinese myth of the Dragon’s Pearl, which symbolises strength and courage.

Unfortunately, in its opening weekend domestically, Skyscraper only managed generate $24.9 million – the worst opening for a Dwayne Johnson-led film in almost three years. However, the focus was on the global figures – crucially, how would the movie perform in China? Thankfully, the localisation efforts paid off in a major way. Skyscraper became the top grossing movie in China for that weekend, generating $48.4 million and $84 million worldwide. The film has gone on to achieve a box office total of $292.8 million – a wonderful achievement for a movie that began with such a slow start.

Bringing together a global audience

The movie itself wasn’t without criticism. Skyscraper was the seventh major motion picture to star The Rock as one of the leading characters, as well as his performance on the popular TV series, Ballers. With a film so closely related to Rampage (which had just come out a few months prior), some critics pointed to audience fatigue with The Rock. It’s fair to say, though, that nobody really anticipated Skyscraper going down in the annals of time as one of the greatest-ever action films. What became significant about the movie was showing the world that an American-made movie could, and would, cater a film to a Chinese audience and create new fans and a greater following. By strategically thinking through various elements of the film, the producers of Skyscraper created a movie that feels like a text Hollywood action film – explosions, death defying jumps and that feel-good factor – but has made the movie more accessible and relatable to a wider audience, and, ultimately, has greatly benefitted from its all-inclusive mindset. 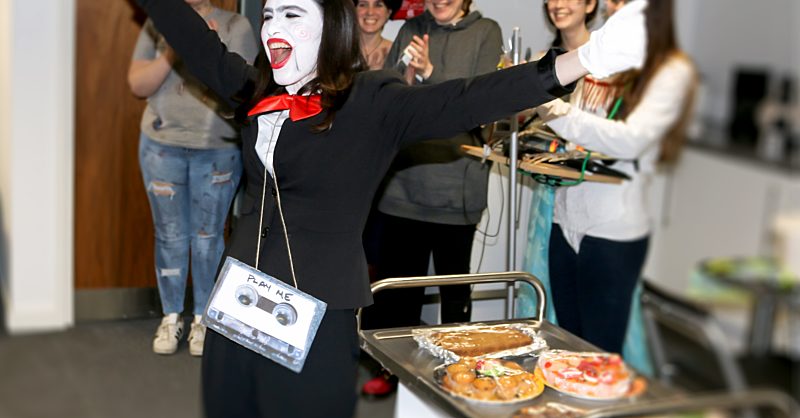 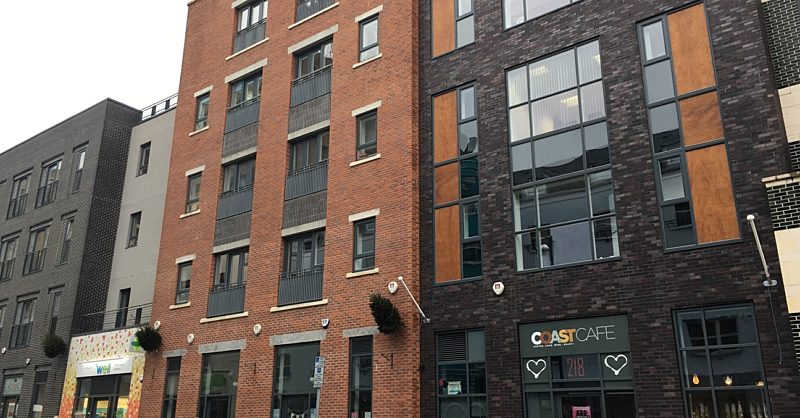